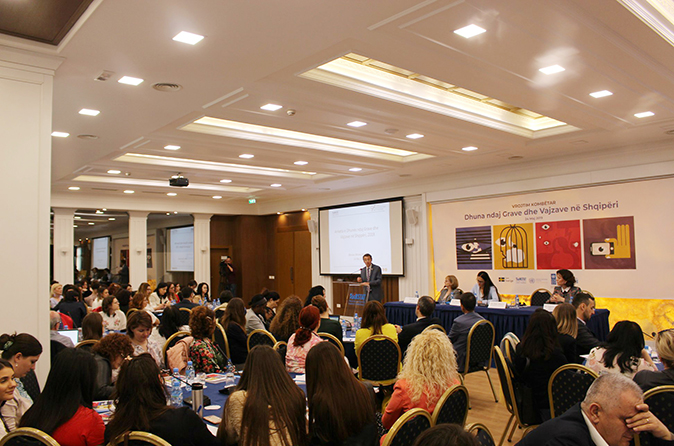 Launching of Violence Against Women and Girls National Population Survey. Photos: Institute of Statistics in Albania

Tirana, 24 May 2019. One in two (52.9%) Albanian women have experienced violence during their life time. This is one of the findings of the third National Population Survey “Violence Against Women” launched today.

Following the first and second national surveys (2007, 2013) which focussed only on domestic violence, , the 2018 Survey collects for the first time data on the nature and prevalence of other forms of violence: dating violence, non-partner violence, sexual harassment, stalking and brings forth findings on social norms related to violence against women.

The Survey brings data on the acceptance of violence against women among men and women in Albania. Findings revealed that 1 in 2 women believe violence between a husband and wife is a private matter; and 46.5% of women believe that a woman should tolerate some violence to keep her family together; 26.1% of women believe a woman should be ashamed or embarrassed to talk to anyone if she is raped. The survey data serves to monitor progress on indicators for Sustainable Development Goals 5 and 16 related to violence against women and girls. 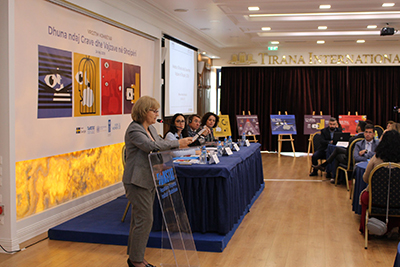 Launching of Violence Against Women and Girls National Population Survey. Photos: Institute of Statistics in Albania

All the surveyed women, said that domestic, sexual violence and harassment, and stalking are major concerns for the Albanian society. 83 % believe that it is key for the country to havelaws that protect women and girls from violence in marriage/families and 81 .9% believe that it is necessary to have in place legislation that protects them from sexual assault and rape.

The General Director of the Albanian Institute of Statistics (INSTAT), Delina Ibrahimaj said: “This phenomenon is one of the most severe violations of the human rights in our society, including almost all the age groups and communities. It is one of the critical issues which needs immediate measures to be undertaken and urgent solutions. Therefore, I hope this meeting will serve to push forward the state mechanisms, international organizations, civil society organizations and all the other stakeholders to fight this phenomenon with all the forms”.

Brian Williams United Nations Resident Coordinator in Albania said: ”Taking into consideration these findings of the survey, it becomes urgent to strengthen policies, action plans, including legislation, that protects women and girls from all forms of violence against women, including new or newly recognized forms of Violence Against Women such as sexual harassment and stalking, and forms of VAW that are under-reported by women to police and justice agencies, and victim support organizations”.

The Survey was conducted by INSTAT in partnership with UNDP and UN Women and funding from the Government of Australia and UN Women in the framework of the UN Women regional project on gender statistics and SDGs “Women Count” and Government of Sweden.

Related News
20/06/2022
Providing vital services for at-risk women migrants and survivors of violence
11/04/2022
In the words of Stela Tanellari: “Employment is essential for ensuring the successful reintegration of women survivors of violence into society”
07/03/2019
First “Women International Film Festival” organized in Albania
14/03/2022
Albania Marks International Women’s Day in a Week Packed with Diverse Events
03/03/2022
Women from disadvantaged communities in Albania are now one click away from legal and psychological counselling
END_OF_DOCUMENT_TOKEN_TO_BE_REPLACED