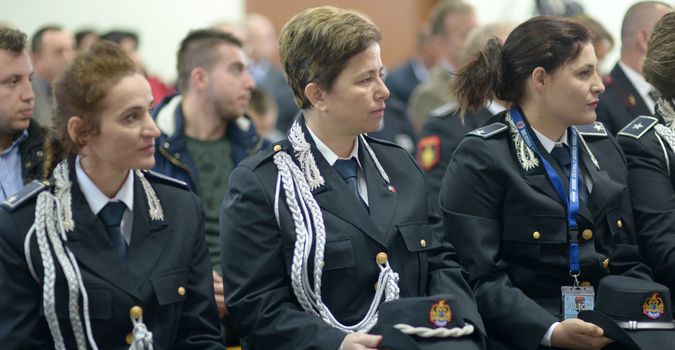 As the United Nations Secretary General has stated, the world is facing the highest number of violent conflicts since 1945. These conflicts, coupled with natural disasters and the Covid-19 pandemic and its aftermath, have impacted Albania as well. These challenges undermine women’s security, economic development and rights. At the same time, the inclusion, participation and leadership of half of Albania’s population is fundamental.

The 66th Commission on the Status of Women recalled the establishment of the women, peace and security agenda. It reaffirmed that the full, equal, effective and meaningful participation of women in all stages of peace processes, is one of the essential factors for the maintenance and promotion of peace and security, including in the context of climate change, environmental degradation and disasters.

In 2018, Albania became one of the 86 states to adopt the first-ever National Action Plan (NAP) for the implementation of the UNSCR 1325. The NAP aimed to increase women representation in decision-making in security and peacekeeping, reduce gender stereotypes and promote a more inclusive engagement and participation of women in the area of security. Despite progress, women are still largely outnumbered in the police and armed forces.

While the first NAP ended in 2020, the Women Peace and Security agenda is still amongst the top priorities for the Government of Albania (GoA), including in light of the country seat at the UN Security Council. A new NAP is under preparation.

Albania was hit by a deadly earthquake in November 2019 that impacted differently and disproportionately women and girls. The Post Disaster Needs Assessment (PDNA), conducted after the earthquake, showed that women were pushed further towards traditional roles and activities, including caretaking for children and elderly, family members and engaging in agriculture to support their household.

Women and girls in these communities, who were already vulnerable, also faced the additional negative impact of the COVID 19 pandemic.

Since 2011, UN Women has been promoting the UN Security Council Resolution (UNSCR) 1325 and women’s participation in the peace and security sector in Albania. This led to some increase in the number of women in leadership positions in the Albanian State Police and the Ministry of Defense.

In 2018, Albania became one of the 86 states to adopt the first-ever National Action Plan (NAP) for the implementation of the UNSCR 1325. This was the result of two years of intensive work by the government, civil society, and international partners. The association for Women’s Security and Peace (AWSP) in Albania was instrumental in setting up a coalition, “Women, Peace and Security in Albania”, composed of 20 local organizations. They contributed to the successful adoption and implementation of the NAP through the UN Women Fund for Gender Equality.

The Government is preparing a second NAP with the support of UN Women. The new NAP will advance women’s participation and representation in key security sectors while strengthening prevention of and responses to gender-based violence.

In this context, UN Women is currently implementing the gender sensitive post-earthquake recovery and reconstruction project in the municipalities affected by the earthquake. The project focuses on supporting women participation in recovery process and the Women’s Small Business initiative.