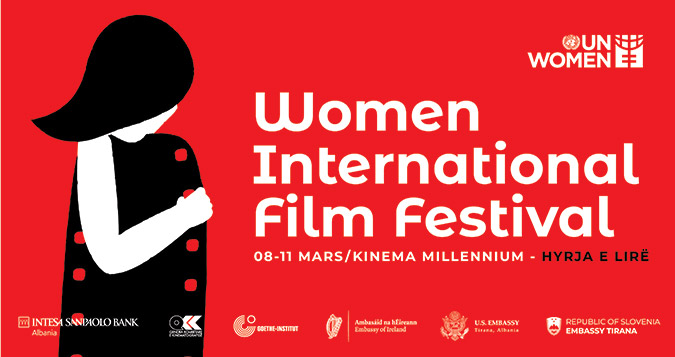 The UN Women country office in Albania, in partnership with the Albanian National Center of Cinematography, is organizing the first “Women International Film Festival”, focusing this year on the theme of gender-based violence. The event will start on the 8 th of March to mark International Women’s Day and will continue for four days until 11 th of March.

A variety of documentaries, long and short movies by various international and national cinematographers, will be shown free of charge for the audience at Millennium Cinema. This festival will give the opportunity to the public to see and reflect on the deeply rooted inequality in the roles, rights and opportunities of men and women, attitudes and social norms that normalize such violence, and the way they are portrayed in various countries.

1 in 2 women in Albania experience at least one form of violence in their lifetime, physical, psychological or sexual. This pandemic devastates lives, causes untold pain and suffering.

The program of the Festival includes production features from Germany, Kosovo*, Slovenia, Ireland and the US.

The program has been supported by Goethe Institute, the Slovenian Embassy, the US Embassy in Tirana, and the Irish Embassy in Athens. The Festival has been also supported by Intesa San Paolo Bank in Albania.

Full program of the Festival below:

Related News
03/10/2022
In the words of Afërdita Prroni: “Advocacy is crucial in influencing correct law implementation”
20/06/2022
Providing vital services for at-risk women migrants and survivors of violence
16/06/2022
Empowerment through Self-Defense–a game changer in addressing gender-based violence
11/04/2022
In the words of Stela Tanellari: “Employment is essential for ensuring the successful reintegration of women survivors of violence into society”
24/05/2019
New Survey reveals violence against women still wide spread in Albania despite progress
END_OF_DOCUMENT_TOKEN_TO_BE_REPLACED