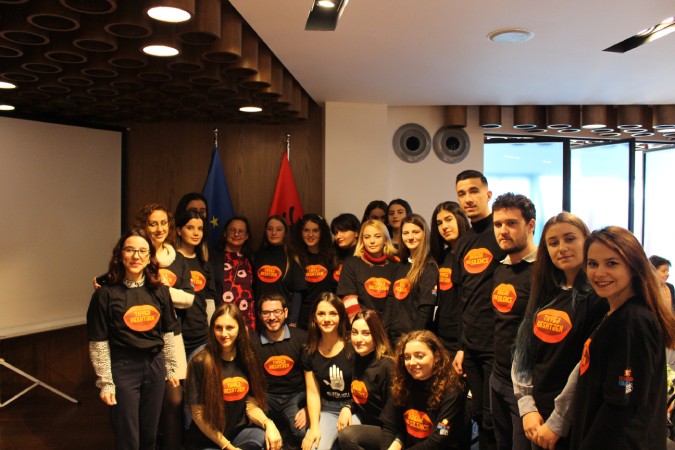 10 December 2019 - Representatives of Government, parliament, civil society and academia gathered in Tirana on Tuesday to discuss the implementation of international standards in support services to women survivors of violence. The Center for Legal and Civic Initiatives organized the forum, with special guest, Rosa Logar, former GREVIO expert and Executive Director of the Intervention Program against Domestic Violence in Vienna, Austria.

Michele Ribotta, UN Women Country Representative, stated that concepts are important to change the mindset regarding violence against women. “Concepts are very important also for the legal framework. Albania has made progress in building necessary mechanisms to address gender-based violence; however, we still face issues such as the actual coordination and under-resourced institutions. The beauty of the Istanbul Convention is the integrated approach which calls for increased collaboration among all stakeholders.”

Mrs. Logar presented an expose of the legal framework in Austria, focusing on domestic violence and how GREVIO’s recommendations were used as an instrument of change. Although the first shelter for women experiencing abuse was opened in 1978 and the Law protecting victims of domestic violence was approved in 1997, it has  been quite challenging to build an effective network that currently supports around 5000 survivors of gender-based violence per year. Describing the journey of this network, Mrs. Logar emphasized the importance of funding mechanisms. “It is very important to see how budgets are made. You have a very beautiful stadium here, but when I look at it, I think of the number of shelters you could build with that money.” Austria has 31 women shelters, including shelters dedicated to victims of trafficking and forced marriages, one national helpline, six regional helplines and several intervention centers that offer counseling services

Albanian Member of Parliament and Chair of the Sub Committee for Gender Equality and Ending Violence Against Women, Eglantina Gjermeni greeted the forum, and she praised the extraordinary work of civil society organizations for their role as service providers for survivors of domestic violence. “This is an irreversible process where everybody can give his/her contribution. Parliament will continue to be by your side in order to improve legislation, strengthen referral mechanisms and monitor the implementation of standards at the local level”, Mrs. Gjermeni said. 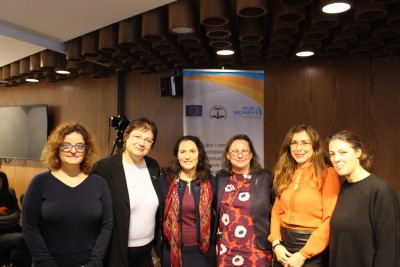 Brunilda Dervishaj from the Ministry of Health and Social Protection discussed the steps undertaken to implement CEDAW and GREVIO’s recommendations. She said, 19 of the 2017 Monitoring Report recommendations had been turned into an action plan, and some of the urgent issues had been addressed. For example, in July 2018, amendments to the Law on Domestic Violence were made, which integrates the provisions of the Istanbul Convention into the Albanian legislation. Currently, 45 out of 61 municipalities have established the Referral Mechanism against domestic violence and the objective is to complete the rest by the end of 2020.  The recently opened Lilium Center for survivors of sexual violence addressed 37 cases in 2018, 80 percent of them being underage girls, and it plans to spread these centers nationwide.

The event concluded with a presentation by Prof. Aurela Anastasi, an Albanian constitutionalist, who was part of the Venice Commission to provide an opinion on the anti-constitutionality of the Istanbul Convention in the case of Armenia. Her presentation emphasized the core aim of the Istanbul Convention. It extended beyond the general provisions of protection for women by identifying the need for integrated policies to support victims and end all forms of violence against women and girls.

The meeting was organized as part of the 16 days of Activism and as a special activity of the EU-UN Women Regional Programme on Ending Violence against Women in the Western Balkans and Turkey.

Related News
11/04/2022
In the words of Stela Tanellari: “Employment is essential for ensuring the successful reintegration of women survivors of violence into society”
14/03/2022
Albania Marks International Women’s Day in a Week Packed with Diverse Events
03/03/2022
Women from disadvantaged communities in Albania are now one click away from legal and psychological counselling
15/09/2021
“My body is my own” – UN Women and UNFPA launch art initiative with youth in Albania to promote bodily autonomy
23/06/2021
Take five: “Data-driven initiatives are crucial to meeting women survivors’ needs in a world of limited resources”
END_OF_DOCUMENT_TOKEN_TO_BE_REPLACED